James married twice, first to Susanna Adams and then to Rebecca Wood. His children with Susanna Adams were: Patsey, William, Milly, and Anderson. 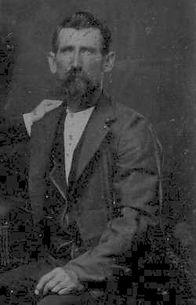 
In his application for a land warrant, the following information is provided about James Byron Pigg:

James Pigg is also identified as being a part of the first suit filed in Parker County, Texas. ​

Held in Parker County was the spring term of the district court of 1856, with Judge Nathaniel M. Burford, now of the Dallas and Ellis district, presiding. This was decidedly primitive and exceedingly novel. It was held in a post oak grove, on the J.J. Beaman place, on the Forth Worth and Belknap road, five miles due north of the town, on a prong of the Willow Creek. The first suit filed in the county was that of Joseph Evans, of Tarrant County, vs. J.B. Pigg (who resides three miles from Weatherford,) about some cattle. 5